I want to welcome the newest member of the U. L. S. — the Underground Library Society — Alexis Cunningham!

The U. L. S. is an unofficial organization dedicated to preserving books and to opposing censorship.

Samuel Taylor Coleridge called poetry “the best words in the best order” or so the blurb on the inner cover of Best Words poetry anthology tells me. Issued to my English literature class as we prepared for our G.C.S.E exams (the equivalent to High School leavers exams) many years ago, I could not have imagined how big an impact one single poem inside could have on me.

Thing is, I’m not generally a fan of poetry. I’m staunchly a prose kind of girl. I think it. I write it. I want to expound at length, not distil language into something symbolic, or constrain it with iambic pentameter, or any of those other fiercely rigid structures that transform the written word into a composition and not an essay.

But when I thought about what book I’d want to become for the Underground Library Society my mind went blank…until they came. Snatches of words, rising from the conquered regions of my mind.

These words form the final line of the first stanza of Carol Ann Duffy’s poem the War Photographer, a work of literature I’ve never been able to forget.

When I was sixteen I didn’t know where Beirut was. I’d never heard of Phnom Penh. Yet it didn’t matter. The specific conflicts didn’t matter –I understood. In war, all flesh is grass.

In four unpretentious stanzas, Duffy asks her reader to consider not just war, and the privilege of peace, but also the culpability of a world where the safe can witness horrors from a TV or PC screen, a smartphone video, or, as she puts it “the Sunday supplement” where “reader’s eyeballs prick with tears between the bath and pre-lunch beers.”

This was heavy stuff for a sixteen year old who could barely stay awake when asked to wander lonely as a cloud, or compare thee to a summer’s day, and it’s heavy stuff now –and I suppose I must like that, because poor old Keats and Browning, Byron and Billy Shakespeare have never done a thing for me.

Like the eponymous war photography himself, who “stares impassively at where he earns his living and they do not care” reading the War Photography left me feeling bereft and guilty, shaken out of my complacency and introduced to a new world of vivid imagery that made me look at the everyday through a different lens.

There is one place that links me, Duffy and her War Photography. England. The place I call home and Duffy describes as a land of “ordinary pain which simple weather can dispel”.

Yet England is irrevocably connected to foreign fields that explode “beneath the feet of running children in a nightmare heat,” through the War Photography himself. Forever jaded by all he has seen, he brings the war home to sleepy England with its baths and Sunday luncheons.

That juxtaposition of ordinary pain and nightmare heat, and of grass and flesh, is one that has captivated my imagination ever since.

It’s no real surprise that in my first published work, The Innocent Have Nothing to Fear, I chose to write ten short stories of an England where monsters roam in plain clothes and innocents live with their eyes wide-shut, creating a suburban world where horror lives hand-in-hand with absurdity.

Sometimes, we don’t choose to become our words, they choose us, and there are ideas that are much bigger than the pages that contain them.

About me: I am a fantasy fiction writer and life-long n00b working on a book series –The Seraphim Chronicles–focused on a group of dysfunction gods and their human avatars, set in the world of Aldlis where souls fuel magic and the dead can’t pass on.  I am also learning to run my blog Aldlis Chronicles, while knowing nothing and doing it all backwards. It’s going great!

My first published work, The Innocent Have Nothing to Fear and Other Stories of Chilling Modern Horror Fantasy is available on Amazon and a follow up, The Innocent Need Not Apply is in development. 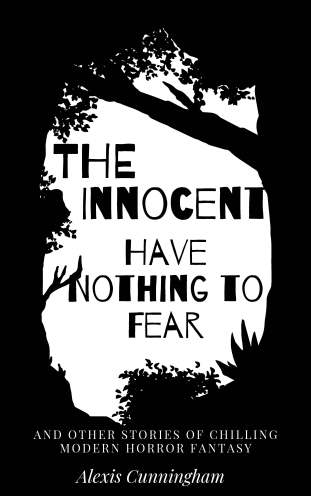 Once again, thanks to Alexis Cunningham for joining the U. L. S.!

Interviews, reviews, marketing for writers and artists across the globe

Diary of an American

an artist finding her way to herself

A Lifetime of Joy