The Phantom of the Opera (1925) starring Lon Chaney Sr. is based on Gaston Leroux’s novel and was a huge success. This movie was a Universal Pictures production and was directed by Rupert Julian, although some film historian offer the possibility that Chaney himself was an uncredited director also.

Chaney played the deformed writer who falls in love with a singer and who becomes her kidnapper. This tale of horror and love has been redone numerous times, including the well known stage musical, but none of those productions have reached the sterling height of this extraordinary film.  If you are a fan of any of the more recent productions, you certainly should take the time to view this extraordinary movie. It is a piece of cinema history. 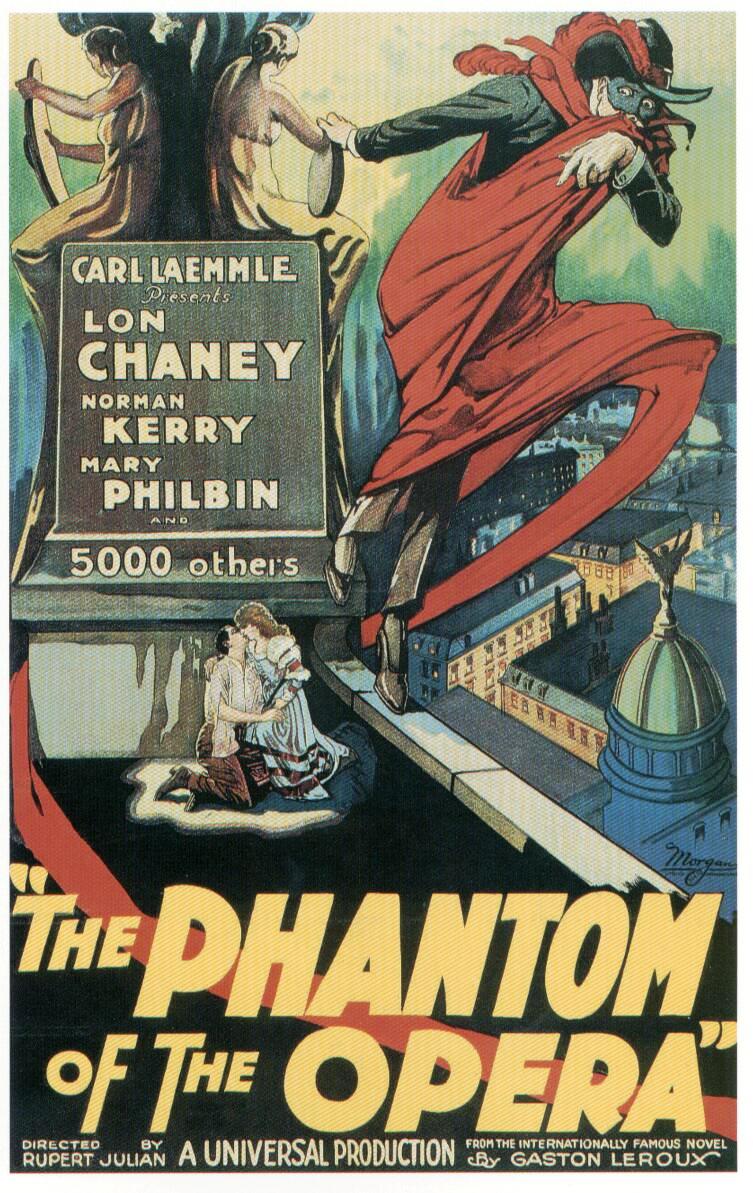 As with the Hunchback, Chaney created this makeup, and his performance is sublime.  The unmasking sequence, in which the imprisoned singer’s curiosity overtakes her, and she removes the mask covering the Phantom’s face, remains a moment of terror and excellent acting.

In my opinion, The Phantom Of The Opera Again, is not only an excellent horror film, but also it ranks as one of the best and most important works in American cinematic history. If you have not seen this film,  I recommend it highly.

29 thoughts on “Favorite Horror Films: 2–The Phantom Of The Opera”