One of the more interesting and unusual horror films of the 1930s is The Invisible Man, directed by James Whale and produced by Carl Laemelle Jr. for Universal Studios (1933). This film is based on H.G. Wells’ novel of the same name, and it is a reasonably close adaptation of the book. Some changes were made to the story line, notably the addition of a love interest and moving the time from the Victorian Era to the 1930s. 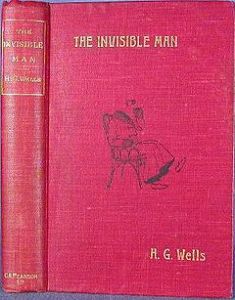 The film was unusual in the caliber and sophistication of the special effects, which still hold up to contemporary scrutiny.  It is important to remember that these filmmakers were not using computer generated images to create their effects; rather, they were forced to create from ingenuity, creating new techniques in cinematic art.  The end result shows visual images that are still powerful and compelling.

The story is well told and excellently acted. Claude Rains  stars as Dr. Griffin, the Invisible Man, and he does a superb job in his performance. He creates a convincing character of the scientist, who much like Victor Frankenstein, exhibits hubris in his research.  He succeeds in finding the way to invisibility but goes insane as a result and becomes homicidal. The film ends with his character being chased down and killed, and before perishing, he admits he should not have explored forbidden areas of science.  Again, this reinforces the theme earlier seen in Frankenstein.

Another interesting theme that is hinted at in this movie is the danger of drug abuse, as also show in Dr. Jekyll and Mr. Hyde. Dr. Griffin uses a drug identified as “monocane” in his formula, and the consequences are his becoming dangerously insane. While he does not use the drug as an addict might, he still ruins his life through its usage.

The film did well at the box office and is considered by many critics, including me, to be one of the best horror films of the 1930s. 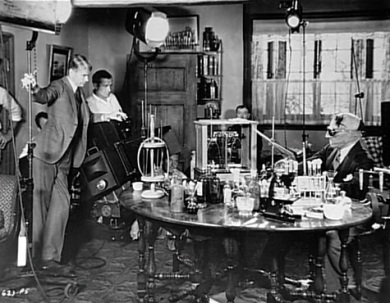