This is a reblogging of a post about Helen Murray, an important character in my horror novel Maledicus: Investigative Paranormal Society Book I

I have been giving tidbits of backstory about the three retired gentlemen who are the focus of my horror novel Maledicus: Investigative Paranormal Society Book I. In the next few posts about characters in the novel, I will write a little about a few of the secondary, but important characters, of the book.

Helen Murray was a high school history teacher, the kind of teacher who caught her students’ attention and engaged them in the lessons. She understood that for many teenagers, history began the day there were born, and that it required a great effort to engage her charges’ minds.

She would often wear clothing or costumes of the time period when teaching about the Civil War or the Victorian era for example. Many of her fellow teachers looked at her as an eccentric, but she didn’t care, because her pupils had learned to be interested…

This is a wonderful collection of quotations from writers giving advice to those who want to be writers.

I hope all of you have a wonderful weekend, but I also hope you remember why this holiday exists.  The word “holiday” comes from “holy day,” and the remembrance of this day and its purpose should be sacred. It was originally known as Decoration Day after the end of the Civil War, and it was designated Memorial Day in the 20th Century.

This day is intended to honor, give thanks, and remember those who have sacrificed their lives for The United States of America.  Please honor the fallen and the wounded on this day.  I realize the day was meant originally for the dead, but I extend my wishes and  thanks to the wounded also. Regardless of political beliefs or stands on a war, these are the men and women who fought to keep us safe, and they deserve our remembrance.

They deserve our thanks and our honor.

Please keep in mind that this day is not merely the beginning of the summer season, nor is it intended to be the time of a special sale. 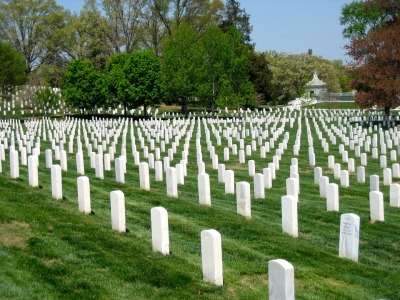 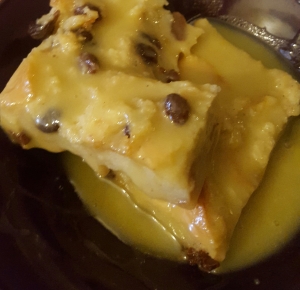 As an affirmed anglophile, and a would be British country gentleman, even though he is a proud American, Theodore Roosevelt Franklin, the protagonist of my horror novel, Maledicus: Investigative Paranormal Society Book I, loves some traditional British foods, but he always puts his own touches to the recipes.

One of his favorite desserts is bread pudding with a whiskey sauce, in this case a bourbon sauce. While not a baker, this is a dish he has learned to make to his taste.

Ingredients: (Roosevelt emphasizes that if you make this dish, adjust the ingredients according to your tastes.)

For the bread pudding:

1 tablespoon vanilla (extract is fine to use)

For the Bourbon Sauce:

1/3-1/2 cup bourbon whiskey, depending on how strong you want the sauce to be

How to make the bread pudding:

Preheat the oven to 350 degrees

In a big mixing bowl, combine milk and the bread. Squeeze the bread until completely saturated with the milk.

Use another mixing bowl. Beat the eggs and sugar on a high speed (use electric mixer) until thick.  Add the vanilla, nutmeg, cinnamon, raisins, and butter, and stir together thoroughly.  Then add the bread to the mix and stir.

Next, let the mixture sit for around 10-15 minutes so there will be no separation during the baking. Roosevelt made this mistake the first time he tried the dish, and the result was not good.

Grease a baking dish (a spray also works well), and pour the entire mixture into the dish.

Bake about 45-55 minutes.  Check with a butter knife to see if done. Insert into the middle, and examine when taking it out. If the knife is clean, it is done.

Let it sit while preparing the bourbon sauce.

How to make the bourbon sauce:

In a mixing bowl, beat the egg yolks until they are thick. Melt the butter along with the sugar. Add the mixture to the egg yolks, and mix until thickened. Stir in the bourbon with a wooden spoon.

Serve by cutting pieces into a bowl, and pour  an ample amount of the sauce onto the bread pudding. 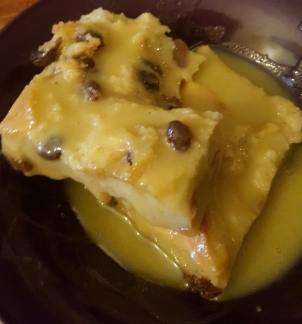 Roosevelt usually eats his dessert with a glass of bourbon and a good cigar.

Here is a beautiful poem by a talented young man on a very important topic.

This blog is mainly about Autism and Mental Health, but I am passionate about promoting equality for all people.

A year has just past since the decisive Marriage Equality Referendum in Ireland, held on May 22nd 2015, in which the Irish people voted to give the same equal marriage rights to everyone in this nation. I felt very passionate about the issue, I wished I had been old enough to vote. However clearly my vote was not needed! The sense of joy in the air on May 23rd 2015 in Dublin was overwhelmingly tangible.

Of course, the hurt of the past and present was not all magically healed on that day, there is still much work that needs to be done to ensure LBGT people are treated fairly in our society, what I can say is that I now will grow up in a country where the gender of whomever I or any…

I have updated this post on Jeremy’s, from my horror novel Maledicus, omelette recipe.

I will continue to give background information on the characters in my horror novel Maledicus: Investigative Paranormal Society Book I in a variety of posts in this blog. This entry focuses on Jeremy.

Jeremy Roche, the third member of the retired gentlemen who make up the central figures of the IPS, like his friends Roosevelt and Samuel, loves to cook and has amassed many recipes over the years. This one is one of his favorite breakfast dishes.

Ingredients: (For one person; if more are there, make each omelette separately.)

Preheat a well-seasoned cast iron frying pan. Melt the butter into the pan, and swirl to distribute it evenly. Be sure to melt the butter, but do not…

Charles McGee was an accomplished World War II fighter pilot and Army Captain, was one of the most decorated pilots in the Tuskegee Airmen, the nation’s first all-black aviation unit. Their record during the war was one of the reasons Harry Truman decided to desegregate the U.S. military in 1948. McGee’s wartime record, however, did little to change his treatment when he returned home.

“Segregation still existed across the country,” he recalls. When he couldn’t get a job as a civilian, he decided to remain in the military. He ended up flying a record 409 combat missions in World War II, Korea, and Vietnam. Today, he’s not concerned about his personal legacy. “It’s not the personal recognition that I seek,” he says. “I want to pass on to the young people of today that you can’t let your circumstances be an excuse for not achieving.”

This is a wonderful post on the positive power of reading fiction and creating empathy in children by a talented teacher. I wanted to share it with my other readers.

There is a reason I begin every school year by reading aloud Charlotte’s Web.  Besides being a terrific story that children love year after year, the underlying message goes far deeper than the friendship between Charlotte the spider and Wilbur the pig.  Charlotte risks her life for Wilbur; she acts upon her friendship.  That is important, especially for young children.

I read this book aloud in September and October, when children are navigating friendships.  Frankly, these are the months they are figuring out pretty much everything. Children want to know their place: where they fit into the class and how they will make friends.  Their world is family and school; therefore, I have an enormous job on my shoulders in those first few months of helping children find their way.  It all starts with kindness and friendship, and Charlotte’s Web leads the way.

As I read the book and…

This is a reblogging of an early post on the benefits of reading.

I have previously written about the happiness of reading, a pleasure I hope everyone, or at least, most people experience. As I wrote before, I consider reading to be one of the main joys of life.

I also want to consider the benefits of reading. I think the first, and perhaps most obvious, value is that of education. Regardless of where the reading is done, or if it is for class or for self, all reading informs the reader in some way. While there are a myriad of ways to learn in life, reading still stands out as the primary, and most efficient, way of gaining information. (I am not in any way discounting the importance of learning through experience.) Readers can learn about areas of study that exist far outside of their particular areas of understanding or expertise. For example, I am a student of English literature, but…

Sometimes, not always, but on occasion, courage, determination, vision, and a knowledge of being right come together and make a difference in the world.  Sometimes this wonderful event can happen.  Please read Tricia’s post http://neverlessthan.com/2016/05/17/restoration/ Restoration to see how a courageous person led a battle for the educational rights of her son.  This is both encouraging to see a good person win such a battle, and the writing of the event is deeply moving.