(I thought this was a very cool milestone marker!)

It has been a little less than a year since I began this blog, and I was not sure what to expect or how I would proceed.  I am proud to say that I have reached several milestones, including having over 2000 followers.  Also, my last post was number 100.

I hope to reach the next 100 posts in a far shorter time span!  My goal is to write 3-4 posts per week in this coming year.

And thank you to everyone who is following this blog.  I appreciate all of you!

I thought this prayer would be useful to all the writers out there!

Whether you pray to an old man in the sky, a saintly woman in blue, a statue, or a light pole, it won’t hurt to think about praying like this:

May I be well enough to get to my writing place;
May I be safe from the critics in my head;
May I know the joy of finding the right words;
May I be free to write what I want.

Adapt this as you will. Say it often, be happy.

This excellent post will help provide motivation to writers. Please check out her blog.

For those of you who do not know me, allow me to introduce myself. I’m a 25 year-old girl, born in Ukraine, raised in Lebanon and currently live in the United States. It’s amazing how I ended up here, incredulous even. A major event pushed me to go, but a series of minor, seemingly inconsequential incidents made it all possible. I couldn’t be more proud of where I am today. After all, since the age of seven, it has been my dream to come to the States and become a writer. I’m living my lifelong dream, or getting there. But things were not easy for me even after I got here.

I came to the US with very little savings, I didn’t know anybody, and had no paying job. I faced challenged with my paperwork, I was homesick, I had no friends, and above all else, I was living…

“There is nothing wrong with your television set. Do not attempt to adjust the picture. We are controlling transmission. If we wish to make it louder, we will bring up the volume. If we wish to make it softer, we will tune it to a whisper. We will control the horizontal. We will control the vertical. We can roll the image, make it flutter. We can change the focus to a soft blur or sharpen it to crystal clarity. For the next hour sit quietly and we will control all that you see and hear. We repeat: there is nothing wrong with your television set. You are about to participate in a great adventure. You are about to experience the awe and mystery which reaches from the inner mind to… The Outer Limits.” (http://www.tv.com/shows/the-outer-limits-1963)

For this next installment of this series about what I consider to be the best television shows of the 1950s and 1960s, I will discuss The Outer Limits. This show, and I am not referring to its reboot in the 1990s, ran from 1963-1965. It was a series that was science fiction, horror, fantasy, and morality lessons rolled into one. 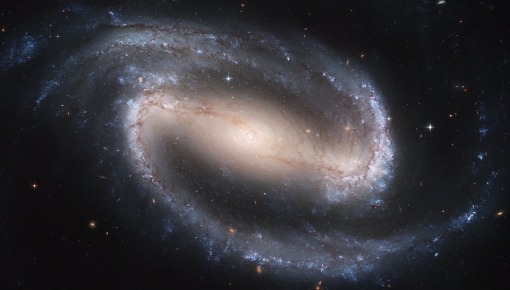 One episode was “The Zanti Misfits,” in which a group of aliens from another planet, having difficulty knowing what to do with their criminals, decide that the best option is to send them to the planet with the species most noted for killing: earth and human beings. This society of aliens will not execute their own beings, but they see no moral issue with shipping them to another place to have the terrible work performed. It raises numerous issues with the question of capital punishment and, through the lens of science-fiction, makes the viewers confront the moral questions surrounding this kind of judicial punishment.

The show also parallels the issue of social irresponsibility with that of personal moral negligence in the form or a bank robber and his girlfriend who wander into the battle with the Zanti criminals.  Not only is the larger society examined but also the actions of individuals.  If you watch this episode, you might recognize a very young Bruce Dern.

I was a child when I saw this episode, and it was scared me badly. Today, I see the fairly unsophisticated special effects, but I also recognize the importance of the message of the script. And this is what gave this series such power: it combined the ability to frighten viewers with the capacity to explore and teach important lessons about life and our world.

Please give this series a try if you have not seen it.

For the third entry in this series about what I consider to be the best TV shows of the 1950s and 1960s, I want to mention a series that might not be as well known as the previous two I have discussed: Have Gun Will Travel.  This western ran from 1957 to 1963 and starred Richard Boone as Paladin, the man with the gun for hire.

The name Paladin, which refers to medieval wandering knights was the working name of the main character, an educated man who charged for his services as a mercenary, except when he was defending or fighting for the poor or the week.  I have been deeply interested in the legends and mythology of knights, and I suspect this is what triggered, if you forgive the pun, my fascination with this idea.

For me, the most important episode was in the first season: “The Teacher.”  In this episode, Paladin was hired by a rancher to help remove a local schoolteacher who was teaching other than what the local people wanted to hear.  Paladin ends up defending her and takes no offer of money, because he believed that she was doing the most important work in society.

While it was a western, filled with gunfights and fisticuffs, it was also an introduction for me to the idea of honor and standing up for those who are weaker. It also showed the importance of education for society, a value that I honor as of the highest importance.

Do any of you remember this show?

This is a wonderful post about Tolkien’s thoughts on writing, and all writers can benefit from these ideas.

This quotation may be small, but it is very powerful and very important.

“No act of kindness, no matter how small, is ever wasted.”

I am continuing the series I began about what I consider to be the best TV shows of the 1950s and 1960s and representative example episodes of those shows. For this post, I am going to talk about Star Trek, the original version, which ran from 1966-1969. I will be dating myself, but this show ran when I had just become a young teenager, and it had huge influence on me.

I remember looking forward all week to the next episode and wondering what that week’s episode would be about.  Star Trek was filled with what were, at the time, wonderful special effects, but much more than that, great stories and deeply developed characters.

I have many episodes that I think were very good, but one, in particular, stands out as excellent: “City On The Edge Of Forever.” It was written by the noted science-fiction author Harlan Ellison and ran towards the end of the first season. It dealt with time travel and insanity, which were always good themes for science-fiction, but it also dealt with an issue that continues to confront our society: what does someone do when seeing the existence of evil? Do they act at the risk of enormous sacrifice, or ignore it? Other questions also emerge from the show: what matters more—the fate of an individual or of society? How do we judge what is necessary to do in a difficult ethical situation? And where is the place of love in our world? These are very heady issues for a young teenager to struggle with; in fact, they continue to influence my thinking and my writing.  It was also a series that infused hope, optimism, and humanism in its message, the idea that humanity can improve itself but always with struggle.

I am wondering: did you like the original Star Trek series, and if so, what episode was your favorite?

I began this blog almost a year ago, and I had no idea what I was doing. I was hoping to reach readers with my thoughts on books, on reading, and on writing.  It seemed like I was planting a garden, but I wasn’t sure how to tend to it. I remember being very excited when I reached 25 followers, because it seemed like quite an achievement.

This week I reached over 2000 followers!  I can’t quite believe it, but I am thrilled and thankful to everyone who has followed me.  The seeds I have planted are growing into what I hope is a strong oak tree.  I hope I have provided interesting reading for you, and I will try my best to continue to make the site interesting.

Again, to all of you who are my followers–THANK YOU!!!

This is a very useful post on the importance of internal dialogue.

Today, I have a special treat for you guys. Author, speaker, editor and long-time W.A.N.A. International Instructor Marcy Kennedy is here to talk about internal dialogue—when to use it, why we use it and how not to get all cray-cray with it.

Trust us. As editors, Marcy and I see it all. Often newer writers swing to one extreme or another. Either they stay SO much in a character’s head that we (the reader) are trapped in The Land of Nothing Happening or we’re never given any insight into the character’s inner thought life, leaving said character as interesting as a rice cake.

Like all things in fiction, balance is key. Marcy is here to work her magic and teach y’all how to use internal dialogue for max effect.

Take it away, Marcy!